The Brunswick News - Kesha King hates seeing anyone in pain, so it only makes sense she would pursue a career in the medical field.
As a physical therapist at the Southeast Georgia Health System Outpatient Rehabilitation Care Center in Brunswick, she always looks for new and innovative ways to treat patients. One of the techniques she has found much success with is called dry needling. Prescribed by a doctor as part of a physical therapy program, the treatment is covered by most insurances, including Medicare and Medicaid. The procedure goes a long way toward providing relief for those suffering from a variety of ailments. “Dry needling is a process that can help make patients feel better faster...>>>
at 01:15 Nessun commento:
Invia tramite emailPostalo sul blogCondividi su TwitterCondividi su FacebookCondividi su Pinterest

Science Daily - A team of researchers at the University of Georgia's Regenerative Bioscience Center and ArunA Biomedical, a UGA startup company, have developed a new treatment for stroke that reduces brain damage and accelerates the brain's natural healing tendencies in animal models. They published their findings in the journal Translational Stroke Research.
The research team led by UGA professor Steven Stice and Nasrul Hoda of Augusta University created a treatment called AB126 using extracellular vesicles (EV), fluid-filled structures known as exosomes, which are generated from human neural stem cells. Fully able to cloak itself within the bloodstream, this type of regenerative EV therapy appears to be the most promising in overcoming...>>> 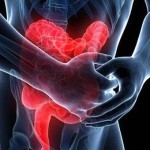 Medical Xpress - Researchers from KU Leuven (Belgium) and the universities of Pittsburgh, Stanford, and Penn State have identified 15 genes that determine facial features. The findings were published in Nature Genetics. Our DNA determines what we look like, including our facial features. That appeals to the popular imagination, as the potential applications are obvious. In the future, doctors could use DNA for skull and facial reconstructive surgery, forensic examiners could sketch a perpetrator's face on the basis of DNA retrieved from a crime scene, and historians would be able to reconstruct facial features using preserved DNA from days long gone...>>>
at 05:33 Nessun commento:
Invia tramite emailPostalo sul blogCondividi su TwitterCondividi su FacebookCondividi su Pinterest

Science Daily - University of Washington engineers have turned tissue paper -- similar to toilet tissue -- into a new kind of wearable sensor that can detect a pulse, a blink of an eye and other human movement. The sensor is light, flexible and inexpensive, with potential applications in health care, entertainment and robotics. The technology, described in a paper published in January in the journal Advanced Materials Technologies, shows that by tearing tissue paper that's loaded with nanocomposites and breaking the paper's fibers, the paper acts as a sensor. It can detect a heartbeat, finger force, finger movement, eyeball movement and more, said Jae-Hyun Chung, a UW associate professor of mechanical engineering and senior author of the research....>>>
at 02:54 Nessun commento:
Invia tramite emailPostalo sul blogCondividi su TwitterCondividi su FacebookCondividi su Pinterest

MedPage Today - Oral pimavanserin (Nuplazid) demonstrated some efficacy in Alzheimer's disease psychosis, but only in the short term, according to results of a phase II trial. The selective 5-HT2A receptor inverse agonist and antagonist met it's primary efficacy endpoint of reducing psychosis score after 6 weeks of treatment versus placebo (-3.76 points versus -1.93 placebo, 95% CI -3.64 to -0.04,P=0.045), reported Clive Ballard, MD, of Exeter University in England, and colleagues. However, there was no significant treatment difference found between the groups after 12 weeks of treatment (-0.51, 95% CI -2.23 to 1.21, P=0.561), they wrote in the Lancet Neurology... >>>
at 06:34 Nessun commento:
Invia tramite emailPostalo sul blogCondividi su TwitterCondividi su FacebookCondividi su Pinterest

The Economic Times - In a major advancement in nanomedicine, an international team of scientists has successfully programmed nanorobots for the first time in mammals, that potentially shrinks tumours by cutting off their blood supply.
Each nanorobot is made from a flat, rectangular DNA origami sheet that is 90 nanometres by 60 nanometres in size.
Once bound to the tumour blood vessel surface, the nanorobot was programmed to deliver its unsuspecting drug cargo in the very heart of the tumour, exposing an enzyme called thrombin that is key to blood clotting.The nanorobots worked fast, congregating in large numbers to quickly surround the tumour just hours after injection...>>>

The Times - Human eggs have been grown to maturity outside the body for the first time in a breakthrough for fertility science.
Scientists at the University of Edinburgh announced that they had removed egg cells from women’s ovarian tissue and developed them in a laboratory to the point where they were ready to be fertilised. The advance may one day be used as an alternative to IVF to help older women to conceive. It could also help to preserve the fertility of girls undergoing cancer treatment. Evelyn Telfer, the senior scientist involved, said that the work was the culmination of 30 years...>>>
at 02:09 Nessun commento:
Invia tramite emailPostalo sul blogCondividi su TwitterCondividi su FacebookCondividi su Pinterest

MedGadget - Our brains mainly consist of brain cells and the connections between them, making them quite modular and incredibly adaptable. Brain synapses, the connections between neurons, seem to be responsible for at least some of the computational magic that allows us to think, move, and respond to all sorts of stimuli. Being able to replicate the functionality of synapses may allow us to simulate the brain’s activities, and therefore to study its behavior in a very hands-on way.
Researchers National Institute of Standards and Technology have done just that by creating functionally equivalent artificial synapses inside an electronic chip. They’re made of superconducting niobium electrodes separated by a manganese-silicon insulator. To pass through the insulator, the electric signals..>>>