The Washington Post - A day after the surprise announcement, in the form of a Monday court filing, that the Justice Department would not defend any part of the Affordable Care Act in court, President Trump tweeted: “The Republican Party will become ‘The Party of Healthcare!’ ”
In part, this was just the usual bluster from a president more focused on political branding than policy detail. But it was also part of a line of thinking on Trump’s part, going back decades, in which he insists that there’s some great, affordable, easy-to-implement, politically popular health-care plan waiting in the wings, if only a sufficiently bold leader — him — will step up and make it happen. There’s not. Trump’s plan isn’t a plan at all...>>>
at 01:31 Nessun commento:
Invia tramite emailPostalo sul blogCondividi su TwitterCondividi su FacebookCondividi su Pinterest

MEDICARE FOR ALL WOULD ABOLISH PRIVATE INSURANCE. "THERE'S NO PRECEDENT IN AMERICAN HISTORY"

The New York Times - At the heart of the “Medicare for all” proposals championed by Senator Bernie Sanders and many Democrats is a revolutionary idea: Abolish private health insurance. Proponents want to sweep away our complex, confusing, profit-driven mess of a health care system and start fresh with a single government-run insurer that would cover everyone. But doing away with an entire industry would also be profoundly disruptive. The private health insurance business employs at least a half a million people, covers about 250 million Americans, and generates roughly a trillion dollars in revenues. Its companies’ stocks are a staple of the mutual funds that make up millions of Americans’ retirement savings...>>>

HEALTH CARE IN IRELAND LEAVES MUCH TO BE DESIRED

The Economist - As the united kingdom prepares to slip its European moorings, the ties that bind it together are also under strain. In Northern Ireland, which (like Scotland) voted to remain, there is often talk that a “hard Brexit” could even build new momentum for a united Ireland. One reason for doubting this, however, can be summed up in a word: health. The 1.8m people of Northern Ireland enjoy free access to the British taxpayer-funded National Health Service (nhs). The Republic of Ireland’s 4.8m residents have to make do with something less appealing. “I know people up north whose life’s ambition is to see a united Ireland, and yet they worry when they see the health service we have down here,” says Louise O’Reilly, an mp in Dublin and health spokesperson for the all-island Sinn Fein party...>>>
at 06:28 Nessun commento:
Invia tramite emailPostalo sul blogCondividi su TwitterCondividi su FacebookCondividi su Pinterest

CAN DEMOCRATS AND REPUBLICANS STRIKE A DEAL ON HEALTH CARE?

Forbes - Is there a health care deal that would meet the needs and solve the political problems of members of both parties in Congress?
It seems almost inconceivable. The only talk on the left at the moment is Medicare for all. On the right there is not much talk about any aspect of health care. But when pressed, Republicans would still like to abolish Obamacare. Neither party is going to get its wish any time soon.
Still, desperate times call for new thinking. As voters get tired of hearing promises that are never met and never will be met, politicians will feel increasing pressure to accomplish something.
To see how some innovative thinking might produce major reform, let’s stop to consider why...>>>
at 05:22 Nessun commento:
Invia tramite emailPostalo sul blogCondividi su TwitterCondividi su FacebookCondividi su Pinterest

Real Business - Wen asked what employee benefits they’d like their employer to provide, almost 1 in 3 workers at the UK’s SMEs said health insurance, ranking this top of the list of insurance benefits workers would like to see.
The NHS does a fantastic job with the resources it has, but pressure is growing thanks to funding squeeze and a sicker population. Given this, it’s no wonder that a policy that provides treatment for acute medical issues in private facilities with no waiting lists is so popular among workers.
Yet it’s not just workers who benefit from business health insurance – employers can gain from it, too. NHS waiting statistics make for sobering reading...>>>
at 04:05 Nessun commento:
Invia tramite emailPostalo sul blogCondividi su TwitterCondividi su FacebookCondividi su Pinterest 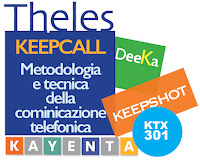 The New York Times - Dr. Daw holds up the German-style system of nonprofit private health insurers as a better model for the United States than a single-payer system. While I can understand why the professor believes that a German-style system “builds more naturally on the American health insurance system,” it’s hard to believe that it would meet significantly less resistance from the insurance industry than a single-payer system.
In fact, Dr. Daw actually explains why this is the case: “In an American version of this system, private insurers would have to be heavily regulated to ensure that coverage was affordable and to prevent the sort of rapid increases in premiums...>>>
at 03:11 Nessun commento:
Invia tramite emailPostalo sul blogCondividi su TwitterCondividi su FacebookCondividi su Pinterest

Business Insider - A new report from the libertarian Mercatus Center found that Sen. Bernie Sanders' "Medicare for All" plan would cost the federal government an additional $32.6 trillion over 10 years.
But the Mercatus report also found that the national health expenditure — the total amount spent on healthcare in the US by the federal government, states, businesses, and individuals — would come in below current projections under Sanders' plan.
So while the price tag for the federal government would increase, the total cost of healthcare would go down, and more than 30 million uninsured Americans would get access to healthcare, according to Mercatus' model...>>> 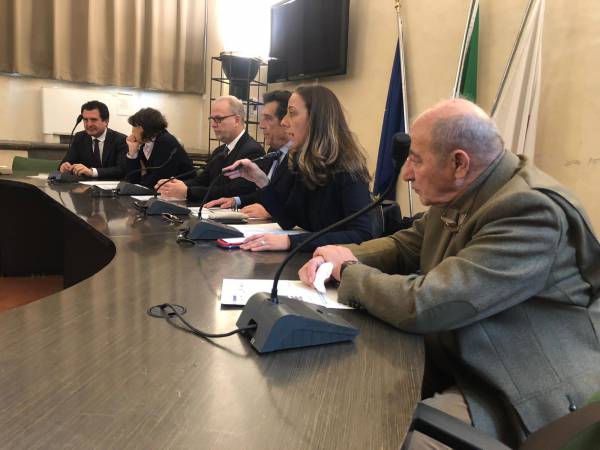