Newsweek - Senator Elizabeth Warren was just one of two 2020 candidates to say she supports Bernie Sanders' Medicare for All plan during the first Democratic primary debate on Tuesday night, which set off a heated argument on healthcare. Warren explained from the stage that she supports the plan because she's studied "why people go broke" and, she said, it's often because of the high-cost of healthcare. "Some politicians say Medicare for All isn't possible. What they're really saying is that they don't want to fight. Well, I do. Health care is a basic human right," Warren said to applause. "We fight for basic human rights, and that's why I'm fighting for Medicare for All." The response set off a heated debate between candidates, and showed the significant divide between candidates on the issue....>>> 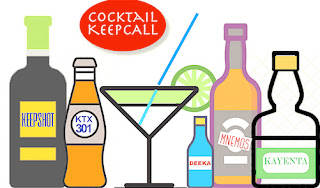 WILL HEALTH CARE'S IMMEDIATE FUTURE LOOK AT LOT LIKE THE RECENT PAST?

American Enterprise Institute - More public-sector funding, but more private-sector delivery and administration, too. After two years of Republican control of the presidency and both houses of Congress, it seems appropriate to consider the paths health policy and health care markets will likely follow for the remainder of President Donald Trump’s term and beyond.
Future political events will influence some of this path’s direction, but much of it will follow a trail already in place. A complete repeal and replace strategy for the Affordable Care Act (ACA) failed to garner sufficient Republican support in the Senate, but other administrative and legislative changes (e.g., the individual mandate, Cadillac tax, cost-sharing-reduction subsidies, risk corridor budget neutrality, Medicaid expansion, and insurance coverage requirements) have chipped away at pieces of Obamacare, and more efforts (e.g., association health plans, short-term insurance, and more permissive Medicaid waivers) are underway.1 Each Trump administration effort to alter various ACA provisions was cited by ACA defenders and critics alike as a potential...>>>
at 00:59 Nessun commento:
Invia tramite emailPostalo sul blogCondividi su TwitterCondividi su FacebookCondividi su Pinterest 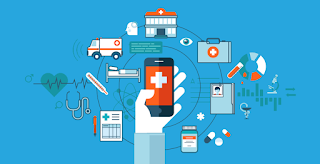 PRIVATE AND PUBLIC HEALTHCARE IN SWEDEN: THE DIFFERENCES EXPLAINED

The Local Sweden - In Sweden, there’s the country’s own equivalent of the UK’s NHS, with treatment that’s looked after by each county council and tax-funded. Consultations at your local healthcare clinic (vårdcentral) with a primary care doctor or a specialist in Sweden aren’t free of charge, but are heavily subsidised by each individual county.
Here’s where it gets a bit complicated. There’s no hard-and-fast rule around where you find public and private healthcare in Sweden -- often you’ll see them working out of the same centre. Some clinics are run independently but have an agreement with the region and receive funding from the local county. For example, at Sophiahemmet, an independently-run hospital in Stockholm, 40 different care providers operate across the institution....>>>
at 01:50 Nessun commento:
Invia tramite emailPostalo sul blogCondividi su TwitterCondividi su FacebookCondividi su Pinterest 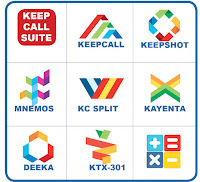 CNN - British politicians don't find much to agree on these days. But mention the National Health Service, as President Donald Trump did on Tuesday, and the country unites in one voice: Hands off our NHS. So what is the issue, why is it so sensitive and why has it kept coming up during Trump's visit to the country?Britain's healthcare system is free at the point of delivery for everyone in the UK and has been since after the end World War Two. Over the years, it has become a cherished national institution, immune from criticism. Whenever governments plan to introduce charges, or suggest private investment, it inevitably causes an uproar.The trouble is, pressures on the NHS are increasing. An aging population, demand for more...>>>
at 01:28 Nessun commento:
Invia tramite emailPostalo sul blogCondividi su TwitterCondividi su FacebookCondividi su Pinterest

Cover - More than 4,500 consultants in the UK submitted their fees. New information published earlier this month by the Private Healthcare Information Network (PHIN), an independent not-for-profit organisation, will help patients to compare medical fees before seeking treatment, including regional differences in price.
However, PHIN warns that medical fees are just one part of the total price of private healthcare, and that there's still work to do to bring full transparency to fees and charges for patients. Approximately one in four private healthcare procedures...>>>
at 02:07 Nessun commento:
Invia tramite emailPostalo sul blogCondividi su TwitterCondividi su FacebookCondividi su Pinterest