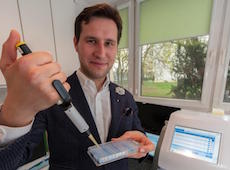 EurekAlert - In medical diagnostics, the importance of genetic code assays is growing day by day and modern molecular biology could not do without it. Current DNA analysis techniques, however, are far from perfect. Working on a record high speed genetic research tool Curiosity Diagnostics, a spin-off company of the Warsaw Institute of Physical Chemistry of the Polish Academy of Sciences and part of the Scope Fluidics group, has developed a new method of DNA analysis, combining the key advantages of the two currently most used methods.
Molecular diagnostics is playing an increasingly important role in today's medicine: in the detection of genetic diseases, the monitoring of the effectiveness of anti-cancer therapy, in the fight against aggressive bacterial infections, where the early identification of the species of bacteria threatening a patient can determine his or her life... >>>
Pubblicato da piero rossi a 07:36 Nessun commento: Health Day - Breast-milk analysis may someday offer an alternative to mammograms for women in their childbearing years, new research suggests. Because mammography isn't well-suited to the dense breasts of younger women, scientists have begun looking for other viable breast-cancer screening tools. In a preliminary study, researchers report promising results with a new technique: evaluating breast milk for signs of cancer.
"We have found alterations in protein expression in the breast milk of women with breast cancer compared to women without breast cancer," said study first author Roshanak Aslebagh.
"Those proteins might be a potential biomarker of breast cancer," said Aslebagh, a doctoral candidate at Clarkson University in Potsdam, N.Y. A "biomarker" can be an indicator of a disease process, a normal biological process or responses to medication. In this case, it indicates disease, the researchers said.
"It's a pilot study and we have only 10 samples," Aslebagh said. More work is needed to confirm the results. Even so, she said the research builds on previous work with similar findings. Detecting cancer in young women can be difficult, Aslebagh said. Younger women tend to have breast tissue that is dense, rather than fatty... >>>
Pubblicato da piero rossi a 11:47 Nessun commento: 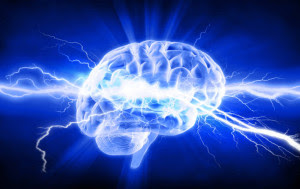 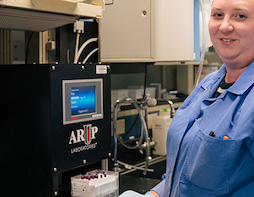 Utah Business - A new machine/robot called the Data Matrix Scanner is going to automate a lab’s procedures to test for cholesterol particles at high volume and without the messy turns and pitches of human error. This is no ordinary solution—it is a story of solving technological challenges in modern laboratory medicine for an important test. ARUP Laboratories needed a unique fix to move that test in-house, photograph in one shot 96 test tubes on a tray with their accompanying tiny barcodes, and process 3,000 test tubes a month while tracking the number and ID for each. So lab supervisors and in-house engineers worked out their needs and had it built.
The machine is speeding things up. Working by hand, finishing 93-96 specimens per tray took two to three hours for Thomas Jung, lead medical technologist at ARUP. “This machine is very exciting — we decided how to bring a lab in-house, and our engineers took ..>>>
Pubblicato da piero rossi a 01:50 Nessun commento: 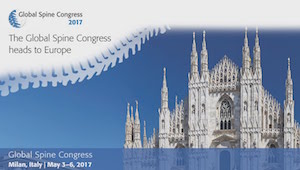 Medgadget - Biotronik is releasing in the U.S. the smallest available MR conditional cardiac pacing lead. The Solia S ProMRI has a width of 5.6 French (.074″, 1.9 mm) and comes in lengths of 45, 53, and 60 centimeters. These leads allow a patient implanted with them the option to still receive MRI scans, as long as certain precautionary measures are taken.


Silicone coated with polyurethane creates a slick outer layer that helps during advancement of the lead and a soft tip at the end helps to avoid damage to the vessels being navigated. In a study conducted in the U.S. of over 1,700 patients involving more than 3,200 Solia S ProMRI leads,  the implants led to the following study endpoints...>>>
Pubblicato da piero rossi a 02:15 Nessun commento: 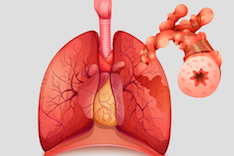 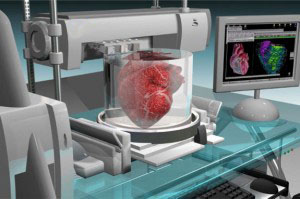 Azo Materials - Three-dimensional (3D) printing has gained traction in recent years and is now used across a wide range of industries for the quick and easy fabrication of complex materials. 3D printing is now set to revolutionise the medical industry, especially in regenerative medicine, as it enables cells, tissues and organs to be printed on demand. These biological components are traditionally cultured for long periods of time, using various gaseous and chemical environments so that they grow.


Aside from the timescales, standard culturing methods can easily go awry if there is even a small, and often accidental or unavoidable change in the growth process. Whilst 3D bioprinting of living tissue still requires the cells to be cultured and grow, the printing process provides a new approach to fabricating tissues and organs with complex geometries... >>>
Pubblicato da piero rossi a 06:03 Nessun commento: 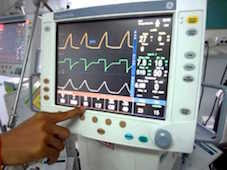 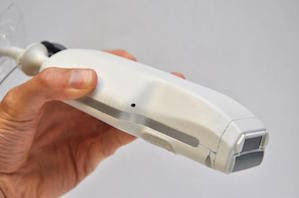 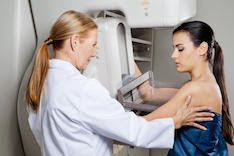 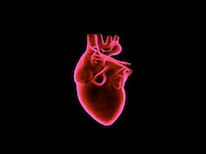 Technology Network - Scientists from King’s College London have developed a new blood test that is more sensitive in detecting damaged heart muscle caused by a heart attack. In a paper published today in the journal Clinical Chemistry, the team investigated how many heart muscle cells needed to die before they could be detected in the blood stream.
Currently, patients with chest pain are responsible for 2.2 million admissions to Emergency Departments every year. Of those suspected of having suffered a heart attack, only a small proportion are shown as having diagnostic changes on a heart trace or ECG. This means that their assessment is reliant on the use of blood tests measuring biomarkers such as cardiac Troponin (cTn) to exclude a heart attack... >>> 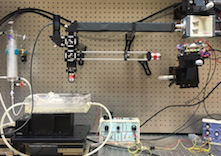 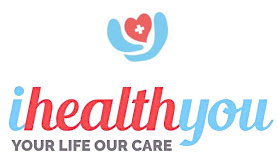 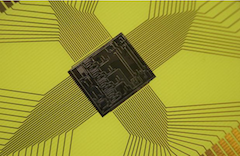 Digital Journal - The new material has been created by electrical engineering professors. The scientists have taken glass, which is normally a brittle material, and made it bend and flex. The main aim is to create a new generation of lab-on-a-chip devices. A lab-on-a-chip refers to a device that integrates several laboratory functions on a single integrated circuit (the "chip"). This allows researchers to achieve automation and high-throughput screening, running many tests against a molecule or complete drug at the same time. This means they act as "micro total analysis systems". The new glass has come from Professor Aaron Hawkins, who works at Brigham Young University. Explaining the technology, Professor Hawkins says: "If you keep the movements to the nanoscale, glass can still snap back into shape... >>>
Pubblicato da piero rossi a 02:52 Nessun commento: