‘BRING IT ON': BIDEN AND SANDERS TEAM KRICK OFF DEBATE OVER MEDICARE-FOR-ALL

The Washington Post - Joe Biden on Monday endorsed a public option that would allow all Americans to buy into a Medicare-like health insurance plan, as allies of both the former vice president and 2020 presidential rival Sen. Bernie Sanders (I-Vt.) begin to debate the Democratic Party’s health-care agenda. “Whether you’re covered through your employer or on your own or not, you should have the choice to buy into a public option plan for Medicare — your choice,” Biden said during a campaign event in Pittsburgh. “If the insurance company isn’t doing right by you, you should have another choice.” Sanders has called for enrolling every American on the Medicare program — a “single-payer” system — and an aide to the campaign took a swipe at Biden’s decision to attend a private...>>>
at 01:34 Nessun commento:
Invia tramite emailPostalo sul blogCondividi su TwitterCondividi su FacebookCondividi su Pinterest

Bloomberg - Senator Bernie Sanders introduced a new Medicare for All proposal, acting to keep health-care policy at the center of the race for the 2020 Democratic presidential nomination and marshaling support from four White House rivals for a single-payer plan to expand medical coverage.
“Health care is a human right, not a privilege,” Sanders said at a Capitol Hill rally Wednesday. He said he wants to end the “international embarrassment” of the U.S. being the only major nation that doesn’t guarantee health coverage to its citizens.
He criticized health-care executives’ wealth and the high profits of insurers and drugmakers. “Please do not tell us that this is a rational health-care system,” Sanders added...>>>
at 02:51 Nessun commento:
Invia tramite emailPostalo sul blogCondividi su TwitterCondividi su FacebookCondividi su Pinterest 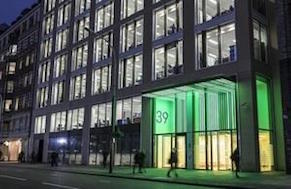 HSJ - Labour is considering adopting plans to bring all GP practices and private healthcare providers into public ownership, according to an internal party discussion document seen by HSJ. The plans are the product of an attempt to ready Labour for a 2019 general election. The proposal to end the independent contractor status of most GPs is the brainchild of Labour policy director Andrew Fisher. He wrote in the discussion document that “the continued existence of general practice outside the NHS is an affront to our commitment to public healthcare. Let us finish what Bevan could not.” His comments echoed those of Labour MP and GP Paul Williams, who told HSJ last month: “I’d love to see the NHS being completed by the addition of general practice”. The idea of nationalising the UK’s private healthcare sector comes from Labour shadow chancellor John McDonnell...>>>
at 10:29 Nessun commento:
Invia tramite emailPostalo sul blogCondividi su TwitterCondividi su FacebookCondividi su Pinterest

IS PRIVATE HEALTH INSURANCE WORTH IT FOR OLDER AUSTRALIANS?

ABC News - According to the Australian Prudential Regulation Authority, as of December 31, 2018 more than half of Australians aged over 65 had hospital treatment cover.
Earlier this week, the ABC reported on the case of a 78-year-old woman who was turned away from the Hobart Private Hospital.
The family of the woman, who was privately insured, said she was told she was "too old" to be admitted and that it was "outside of [hospital] protocol" to treat her. The hospital has subsequently opened an investigation into the incident.
The case prompted audience members on the ABC Hobart page to ask: "What is the point of private health insurance?" So, is it worth it for older Australians to pay for private health insurance?...>>>
at 01:04 Nessun commento:
Invia tramite emailPostalo sul blogCondividi su TwitterCondividi su FacebookCondividi su Pinterest

CBS News - Republican Sen. Rick of Scott, one of the Republican senators President Trump has tasked with devising a replacement for the Affordable Care Act, denounced the "Medicare for all" proposal, warning that the progressive plan endorsed by several 2020 Democratic White House hopefuls would "ruin" the health care system in the U.S.
"We do know that Medicare for all, which Senator Sanders is all in on, is going to just ruin our health care system," Scott said on "Face the Nation" Sunday.
"It's going to ruin Medicare," he added. "And it's also going to ruin private insurance...>>>
at 00:33 Nessun commento:
Invia tramite emailPostalo sul blogCondividi su TwitterCondividi su FacebookCondividi su Pinterest