The Guardian - Privatisation of NHS care will be significantly curbed under confidential plans that health service bosses expect Downing Street to include in the Queen’s speech next month. Local NHS bodies in England would no longer have to put out to tender any contract worth at least £615,278. That requirement has contributed to a big increase in outsourcing of services and a record £9.2bn of the NHS’s budget now being handed to private firms. Under NHS England’s proposals, Boris Johnson would have to scrap key elements of Andrew Lansley’s shake-up of the NHS in England in 2012, which bitterly divided the then coalition government...>>>
at 00:41 Nessun commento:
Invia tramite emailPostalo sul blogCondividi su TwitterCondividi su FacebookCondividi su Pinterest

The Thelegraph - Survival rates in the UK are lagging behind other Western nations, with experts pointing to delays in diagnosis and accessing treatment on the NHS. Here we take a look at the other options.
When Mike Little became concerned about a pain in his throat which refused to go away, his GP told him to take antibiotics.
At a second GP visit nearly two months later, the doctor promised to refer him to a hospital expert but an appointment still had not been made when he came back from a holiday six weeks later...>>>
at 03:23 Nessun commento:
Invia tramite emailPostalo sul blogCondividi su TwitterCondividi su FacebookCondividi su Pinterest

The Times - Taking private healthcare out of public hospitals will cost the state almost €6.6bn, and take twice as long as recommended in the Slaintecare strategy adopted by the government, according to a new report given to Simon Harris, the health minister.
The de Buitléir report, which has examined separating public and private hospital treatment, warns that uncoupling the latter from acute public hospitals could take 10 years.
That is twice as long as the term envisaged by the all-party Oireachtas committee on the future of healthcare, which produced the Slaintecare report two years ago. The report was written by an expert group, which includes a former adviser to finance minister Brian Lenihan and a former HSE director...>>>
at 01:00 Nessun commento:
Invia tramite emailPostalo sul blogCondividi su TwitterCondividi su FacebookCondividi su Pinterest

Belfast Telegraph - Hospital operator Spire Healthcare has swung to a first-half profit after it was buoyed by cost-cutting measures and increased numbers of NHS referrals. The group, which owns 39 hospitals and treats NHS patients as well as those paying privately or through medical insurance, is the UK’s second-largest private healthcare business. Spire reported a £9.6 million pre-tax profit for the six months to June 2019, rising from a £2.2 million loss in the same period in 2018. Last year, Spire was hit by lower revenue and tumbling profits as budget cuts at the NHS meant it spent less on referrals to large private providers. In the first half of 2019, revenue from the NHS “outperformed expectations"...>>>

BBC News - Marie Stopes UK has said it has no plans to resume providing services in Northern Ireland despite anticipated changes in rules around abortion. The clinic opened in Belfast in 2012, offering medical abortions in early pregnancy. It closed in December 2017 after the government announced women could access NHS-funded terminations in England. Marie Stopes has now said it has no plans to "resume providing services in NI". A spokesperson told BBC News NI: "As an organisation which has long supported the push for abortion access in Northern Ireland, we are delighted that MPs have taken the opportunity to demand reform and give every woman in the UK access to safe, legal abortion."...>>>
at 03:36 Nessun commento:
Invia tramite emailPostalo sul blogCondividi su TwitterCondividi su FacebookCondividi su Pinterest 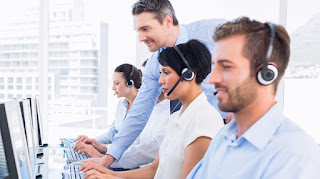